What Is a Consumer Class Action Lawsuit? 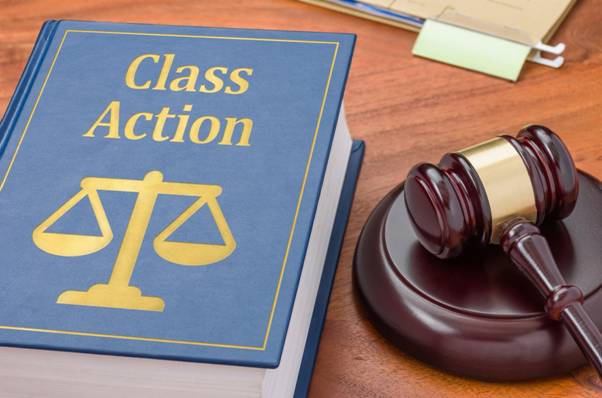 When you purchase a good or service from a business, you expect a certain level of care to have been taken from that company or individual. Those selling products and services to the general public are required to live up to a certain duty of care, after all.

For this very reason, the general public does have a legal recourse when the company in question fails to live up to this legal standard. That recourse often takes the form of consumer class action.

When a class action lawsuit is brought forward, multiple plaintiffs alleging the same damages can join together to strengthen their case against a large corporate entity. Do you think you might have the beginnings of this kind of claim? Read on and we’ll walk you through what you need to know.

What Is a Consumer Class Action Lawsuit?

Several people go out and buy the same product from a large business. Those seven people are all injured as a result of using the product, and their injuries are the result of negligence on the part of the product maker.

This negligence means that the product maker, usually a large company, has opened themselves up to some legal liability.

Often, the issue at hand isn’t just seven people, it’s thousands. When a large company releases a product or service that is in some way defective or dangerous, the amount of damage it can do across the country is significant.

It could be something as simple as a mildly defective product to something as large as the BP Oil Spill, which resulted in a class action settlement of nearly $20 billion dollars.

When this kind of thing happens, those who have suffered due to the negligence of the large company can reach out and contact an attorney to make a case against the company. What the attorney will quickly realize is that hundreds or even thousands of other individuals across the country are planning to make the same case.

This attorney and others will then make the move to file a class-action lawsuit against the manufacturer of the product in question.

How does an attorney go about this and how does the process progress? First, the attorney will file the claim with the courts. As plaintiffs, they will list numerous people who have come to them looking to bring forward this type of case.

These individuals will become class representatives for the case. They will be the faces that are suing on behalf of all individuals that will later become part of the class-action suit.

The judge that the case is brought in front of then will then need to approve the case in a process known as certifying the class. The judge will look at a number of factors in determining whether or not the case should proceed.

First, they’ll need to determine if it would be more beneficial for the members of the class to bring their lawsuits forward separately instead of together as one. This decision will be based on how similar the injuries and damages are from person to person in the class.

They’ll also need to consider the defense that the large company might bring forward. Will they be able to use the same defense for all of these individuals, or would the defense vary case by case? If the latter is true, the judge might not approve the class action case.

The judge will also need to make a judgment call on whether or not the appointed class will be able to represent all current and future members of the lawsuit.

Getting the Word Out

That’s a lot of responsibility for the judge to handle! If the judge does certify the case, the attorney will notify the class and they will get to work on compiling and collecting all people who might need to be a part of the case.

The case might be advertised on television, on the radio, and online. Whatever the attorney can do to get the word out to others that have been potentially impacted, they will do.

In some cases, there might be a paper trail that traces back to every individual who purchased a product or service. This can make it easier to track down those who might have been impacted by the company’s negligence.

Why might you decide to bring your case forward as a class action claim as opposed to handling the case all on your own?

There are many benefits of a class-action lawsuit. The major one would be that there is strength in numbers. Bringing many people into the case will increase the attention and money that can be put towards making the case a success.

With many people behind a cause, you can likely get the best litigation lawyer possible. The abundance of evidence that will be provided by multiple plaintiffs will also make it much harder for the company in question to mount a proper defense against.

If the injury you’ve sustained is too small to go through the trouble of suing a large company for all on your own, a class action claim can help to make that trouble worth it.

Do You Have a Case?

If you think you have a consumer class action case on your hands, it’s important to speak to an attorney as soon as possible. The above information can help you to understand the basics of this kind of litigation. This way you can go into the process with some essential background context.