Personal Injury Claims: Should You Hire a Lawyer or DIY? 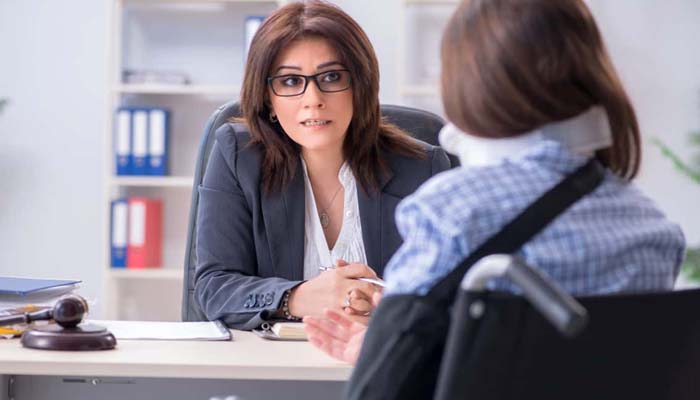 If you’ve been in an accident that wasn’t your fault, you might be considering making a compensation claim. But should you hire a lawyer or do it yourself?

Filing a Personal Injury Claim on Your Own

The internet is a fantastic resource. With just a few taps on a keyboard, the frugal and resourceful can easily find out what documents they need to support their claim and get answers to their most pressing legal questions.

But there’s only one advantage of handling your personal injury claim on your own: you get to keep the full settlement if your case is successful.

Most personal injury law firms operate on a contingency basis, which means you won’t have to pay any upfront fees, and you’ll only ever be charged a fee if your case is successful. This is usually deducted from your final award after you’ve agreed on a settlement or a judge has ruled the case in your favor. The exact percentage that will be deducted can vary. It’s typically anywhere between 30% and 40%, although some states allow for stepped percentages. For example, if you hired a personal injury lawyer in Texas, you might pay a higher fee if the case goes to trial.

If you’ve been in a serious accident that has had a huge impact on your life and potentially altered it permanently, 40% of your settlement could represent a huge chunk of cash — money that you’d prefer to be in your pocket.

However, the irony of DIYing your claim is that you’ll likely end up with a reduced settlement compared to hiring a lawyer.

Insurance firms are notorious for driving a hard bargain, and even the savviest negotiator might struggle to get an insurer to budge.

The law is also complex, so it’s easy for a non-specialist to overlook opportunities to get more compensation, and it could even compromise your case entirely. For example, a lawyer might hire a trained investigator to find additional evidence to support your case or pay for expert medical witness testimony that is crucial for a successful outcome.

This means that you could actually end up with more money even after a lawyer takes their cut, simply because they can make sure you get the full scope of damages you’re entitled to. This may include damages for pain and suffering, which are harder to quantify and prove.

If you are set on pursuing a personal injury claim on your own, it’s wise to at least consult an attorney and ask them to provide you with advice on how best to pursue your case.

The Benefits of Hiring a Lawyer

You may still be on the fence about exactly how a lawyer can help with your personal injury claim.

What if you’re in a car accident, but you only sustain minor injuries? Is it worth hiring a lawyer if you’re unlikely to get a large settlement? You may even be satisfied just to recoup your car repair and medical expenses.

But seeking legal representation from a dedicated car accident lawyer is still a wise move.

What might seem like a minor injury or something that you’re happy to just “get on with” could turn into a major injury. Symptoms don’t always appear immediately, and it may take weeks or even months before you realize something is wrong. Without a lawyer, you could end up accepting a settlement, only for your injuries to become more severe later on. A good lawyer will advise you to wait before signing any paperwork and collect comprehensive evidence of your injuries if they worsen over time.

There’s also no denying the evidence that claimants represented by a personal injury lawyer tend to receive higher payouts than those who DIY. One survey found that people who hired a lawyer walked away with a payout three times higher than those who did not — even after the contingency fee was deducted.

Ultimately, personal injury lawyers have an unparalleled understanding of the law and know how to gather and present evidence to build a solid case. While it may be tempting to try to eliminate legal fees by making a claim yourself, it’s clear that hiring a lawyer is the best choice if you’re looking to get the maximum possible settlement.

When Does It Actually Make Sense to Hire a Personal Injury Attorney?

When to Hire an Attorney for Injuries at Work