The Do’s and Don’ts During a Traffic Incident: Insurance, Police & The Law 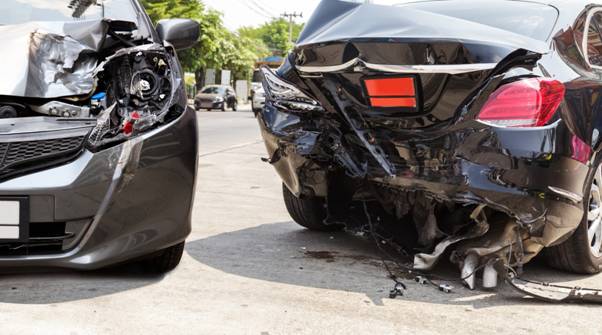 Each year, more than 4 million people in the US sustain serious car crash injuries. Such accidents result in direct medical costs amounting to over $380 million.

Those figures emphasize how likely it is for a traffic incident to happen to anyone. That’s why it pays to know what to do if you ever find yourself in such a situation.

We outlined the basic dos and don’ts of dealing with motor vehicle crashes in this guide, so be sure to read on.

Do Stop at the Scene

A hit-and-run occurs when someone involved in a car crash leaves the scene of the accident. These are common; more than 600,000 to 700,000 cases have occurred in the US each year since at least 2006. Estimates also reveal that over 100,000 injuries result from such incidents.

No matter which state you live in, you need to stop at the scene of a car crash you may or may not have caused. You then need to identify yourself and check for any injured individual. Some states also have laws including animals in their definition of hit-and-runs.

If anyone sustained severe injuries or is unresponsive, call emergency services right away.

Do Call the Police and Your Insurer

All US states have accident reporting laws for car crashes that result in death or any form of injury. These situations always warrant a police report.

However, states have varying laws on reporting crashes that only cause property damage. In most states, you need to report such accidents if they meet a certain monetary threshold. In most states, it’s set at $500 to $1,000, but it’s lower in others; Louisiana has a $100 threshold, while it’s $250 in DC.

Regardless of your state’s reporting laws, it’s always a smart move to call the police right after a crash. They can help mitigate confusion and potential arguments at the scene of the crash.

Besides, when you call your insurer, they’re certain to require a copy of the police report. As such, it’s best you get it done and over with by calling the police while still at the scene.

Do Swap Insurance Information With Other Drivers

There are only two instances wherein you should talk to the other drivers involved in a crash. The first one is to ask if they’re alright. The second one is to swap auto insurance information with them.

When you do talk to them, don’t admit fault by apologizing. However, you shouldn’t outright claim that they’re to blame.

It’s also best if you can copy the details from the other driver’s license and car insurance policy or card. This way, you can make sure they do have a license and insurance coverage.

Don’t forget to extend the same courtesy by handing over your DL and insurance policy or card to them.

Do Visit a Doctor as Soon as Possible

According to car accident lawyer, Dagoberto Rodriguez, it’s advisable to visit a doctor or a hospital right after a car crash. That’s because such accidents can cause injuries that don’t exhibit symptoms immediately. Whiplash injuries, traumatic brain injuries, and internal organ damage are a few examples.

Visiting a doctor following your accident is the only way to get an accurate diagnosis. Besides, you’d need medical documentation once you file an insurance claim.

Handle a Traffic Incident the Safe and Legal Way

Always keep in mind that being a responsible driver is the best way to prevent a traffic incident. Unfortunately, you can’t control how other motorists conduct themselves. As such, it’s better to prepare yourself by knowing what to do and what not to do if you ever get involved in a car wreck.

Interested in other informative law-related guides? Then please feel free to browse our extensive collection of legal resources!

Building a Case for Negligent Driving: Helpful Insights and Resources